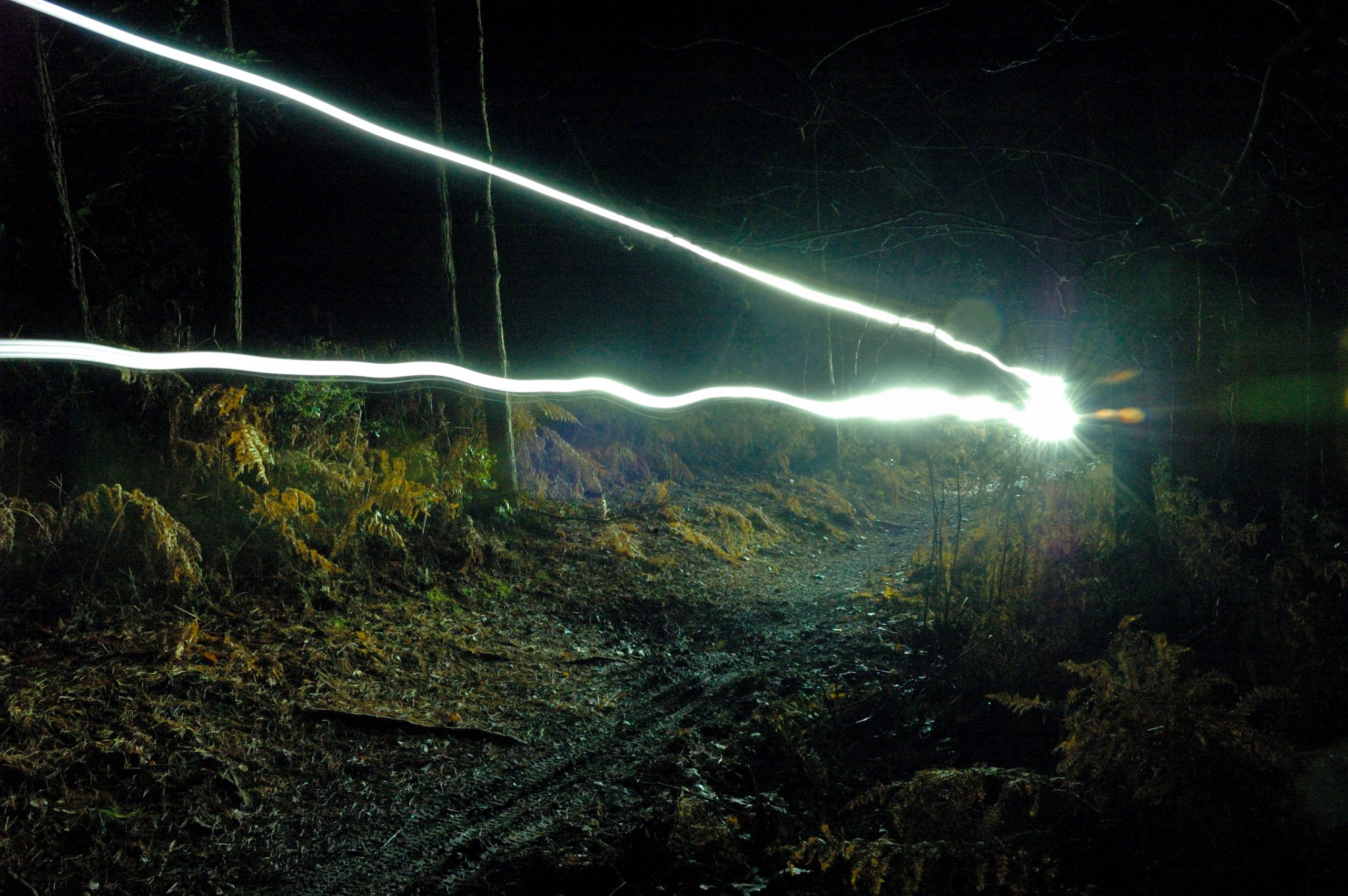 I love riding in the dark. It’s born of necessity but I still get a kick out of it whenever I strap lights on and go riding at night.

Why born of necessity?

Well. If you want to ride your bike between, say, September and March then you have to accept that the days are shorter. If you can’t get out at the weekends then, realistically, that means riding in the evening.

The combination of riding in the evening and shorter days means one thing: you end up riding in the dark. Thus, being prepared to go out at night is a necessity if you want your midweek ride to survive the winter.

Do you remember the first time?

I remember the first time I rode in the dark. I was living in Glasgow and had gone through a summer of evening rides before I realised that September might be a little different.

Back then, lights were 13amp halogen bulbs that turned everything a kind of mucky yellow, like sodium street lights. I was terrified. I was hooked. Trails I’d ridden all summer suddenly became completely different. Everything came on me more quickly and peripheral vision was long gone. It brought the trails back to life. It was like riding them for the first time all over again. It was brilliant.

In all honesty, those lights were rubbish. As were set I bought to replace them. The light that replaced those were a different beast altogether.

One of the things I love about night riding is that feeling that the trails are different. I have to learn them again. I don’t remember this bend being as tight in the daylight. I certainly don’t remember that branch being as low. The reality is that, when you can’t see as far or as wide, that you see things later, prepare later and react later. So everything feels much more immediate. That feeling of speed, even knowing that it’s an illusion, is intoxicating. That cone of light is the only thing that exists. Everything else is inky blackness. It forces me to focus on what’s in front of me rather than the scenery and to concentrate on where I’m going.

There is a truth to the saying that you only know a trail properly when you’ve ridden it at night.

It’s a more visceral experience. There’s one trail I ride with a bomb-hole on it and a slightly tricky entry. We all know it’s there (except when we forget) and set up for it. In the dark, you can’t see it coming until very late so the lip seems to appear out of nowhere. And everything beyond that lip is an abyss of blackness. The thing about the light coming from your helmet or your handlebars is that shadows are razor sharp and pitch black. If your light cannot get to it, then you cannot see it. So any kind of lip, kicker or even root is suddenly highlighted against a black screen and grows to titanic proportions. I know it’s fine, I know I’ve ridden it and know exactly what’s in that shadow. It’s just that I have to believe and take it on trust right now.

Do you think we’re alone now?

Another of the joys of riding at night is that no one else is out. Except for that time when we met people husky sledging in the woods at night, but that’s another story. Everyone else thinks that you have to be unhinged to be out. Either that or they’re tucked up in front of the telly. It feels rebellious and subversive just being out. Especially when you add extra environmental hurdles like cold, wet or mud. It feels almost naughty, even though it’s not. It means this is our private adventure, grabbed while other people are indoors doing normal things.

It also means there’s a good chance you’ve got the trails to yourself, which is much less likely during the day.

Don’t look now but I think we’re being followed

Actually, I know what the best thing about being out is.

It’s not the extra adrenaline of sensory deprivation.

Nor is it my inner rebel rejoicing in being non-conformist.

Whenever I go out, there’s a good chance of seeing deer, rooks, buzzards and an array of diurnal wildlife. It’s a joy of passing (relatively) quietly through the landscape.

Imagine that at night. Riding through the woods listening to the tawny owls hooting away. Barn owls screeching above the fields. Seeing the eyes of deer deep in the trees reflecting in the lights. I have even seen a stoat or two on occasion. Mice running across the trail in front of me.

One of the real treats of winter is when a tawny appears from the trees to fly along beside the bike. It’s happened a few times and every single one is a treasure. They emerged from the trees by the path, banked sharply in the light and before gliding along by my shoulder or my front wheel. Each time was maybe twenty yards or so but a fabulous experience. 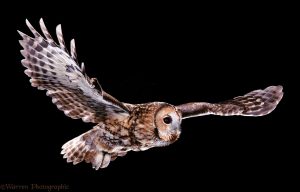 In fact that was what I was doing when I had the best wildlife encounter of my life. An owl had appeared as I was out on my own. It was gliding down the path a few feet in front of my face. I was rejoicing in the moment of synchronicity when I heard a grunt in front of me, looked up and whammed the anchors on. There, sat in the middle of the path was a big badger. It was sitting down with a look that said “are you going to get out of my way? I’m going up there.” We hung there, transfixed for what seemed like ages before I stepped aside to allow it to waddle past. A begrudging grunt of thanks was all I got as it disappeared into the blackness. 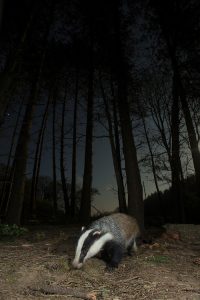 A step in the dark

Why am I telling you this now?

Last week I got to try something new. Hargroves Cycles and Exposure Lights put on an event to showcase their wares. The event was simple: come and ride round the trails at the local trail centre with the builders (the QECP trail collective) in the dark and stop for a beer and a burger before going home.

So, a chance to ride red graded trails by torchlight. I’ve been meaning to get out there and do that for a while. Now was the opportunity. I know the trails pretty well by daylight. I also know there’s a reasonable amount of air time, which is always intimidating in the dark. Still, nothing ventured…

…It was cracking. The trails are every bit as good in the dark. The twists and turns through the beech trees seemed to come thick and fast, every take off was like launching into a black hole. It felt like I was doing about mach 10. Added to that it was a clear, cold January night, dropping to about -2 before we finished. The trails were frozen solid with grip to die for.

The trail building people need a massive vote of thanks for taking the rolling downs and weaving something special through the trees. It is every bit as good when you can’t see the scenery as it is in the height of summer.

The bad news is very simple: you cannot (at the moment) get qualified to lead groups of riders at night. The good news is that myself and my riding chums do it every week and are happy to welcome newcomers to the group.

The other good news is that, when I say I know the local trails intimately, I don’t just mean in summer and in winter. I mean day and night, they really are like the back of my hand.