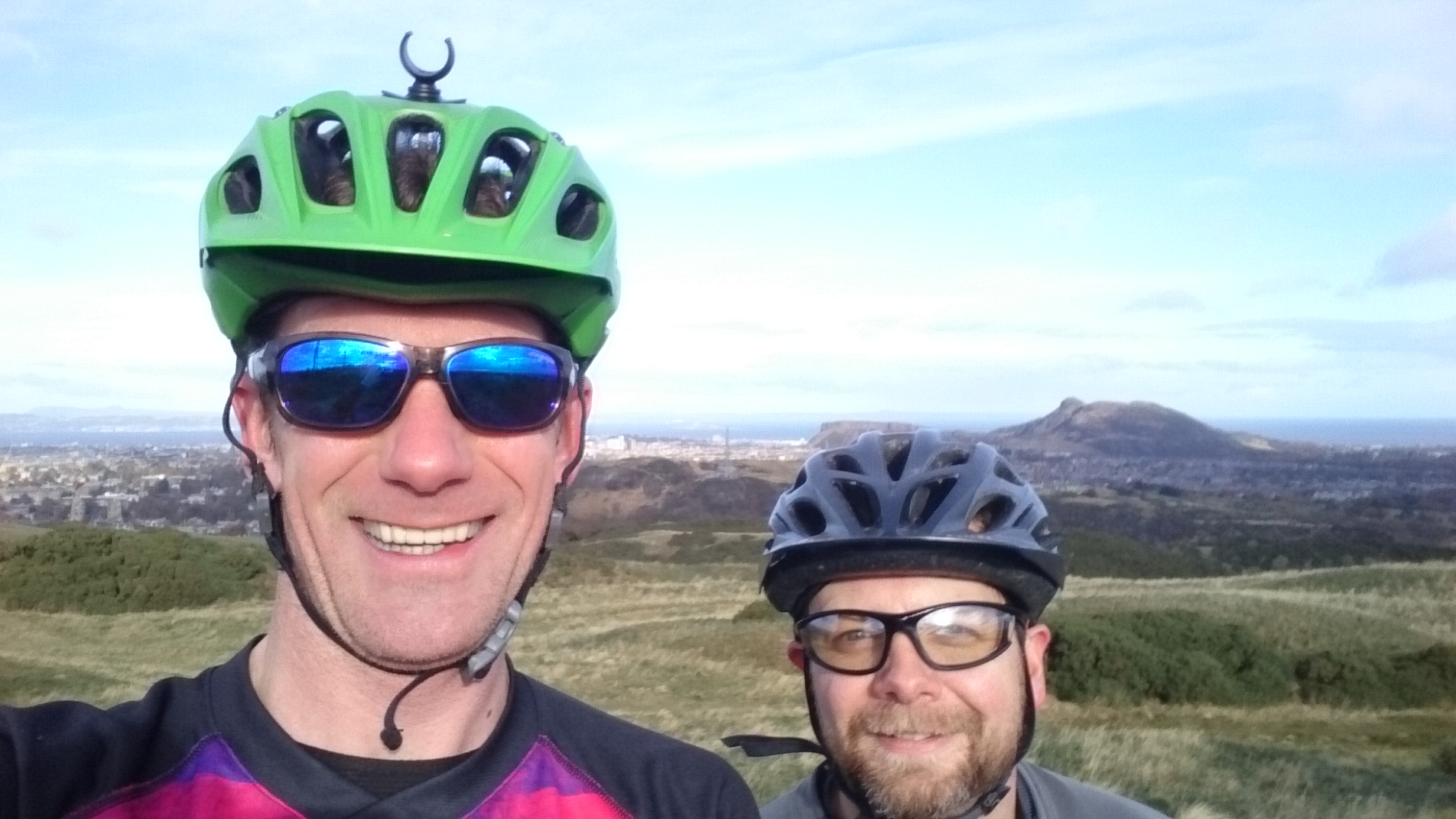 Is it still a road trip when you do it by rail? 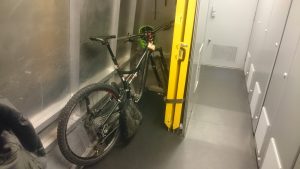 I have no idea.

However, the fact remains that I’m on my way home from a road/rail trip to Scotland. Diaries aligned, opportunities arose and I managed to blag three days of bike-based fun north of the border.

In the “good old days” when no-one had any responsibilities this would have been the excuse for riding dawn to dusk (which isn’t very long in Edinburgh in November) in search of trails, “one last run” in the gloaming before heading home for a massive pile of food and some beers sharing tails of close shaves and massively-exaggerated gnarliness.

Now, people all have commitments to work and, more importantly, small people so riding time is compressed. So it was that I set out with Ross for a ride that as to last no longer than the window of opportunity afforded by in-law babysitting. Oh, and the car had gone to a hen-do so we were riding from the door.

Initial plans to hit the Pentlands were rapidly scotched by the time taken to ride there. Instead we planned to hit some “probably-maybe” spots that we’d scoped within the city. We’d ride over along the disused railway, a couple of parks and the Water of Leith. We had no idea what we were going to find but we were going to ride for about three and a half hours.

In some ways it was like the rides I used to do when I was back at school: get out in the evening, hit a few bits of trail and then head home for a late tea (or late for tea).

It was a great crack. For much of the journey we threaded our way through the city as though it wasn’t there. The autumn leaves and the sensation of having snuck out for a ride made for a feeling of escape. After about five minutes I had no idea where I was. It was great. Eventually we arrived at our chosen spot and set about trying to find something worth riding in the old golf course (bless Scotland’s enlightened access laws). A few bits and pieces were dispatched with a degree of “well, it’s alright” before I spotted a likely looking bit of path and dropped in.

You win some, you lose some

After the initial roll-in I was faced with a choice between the high line which was quite churned & off-camber and the low line a slightly incised path. I chose the low road. I’ve made better choices. The path ran into a gorse funnel that quickly became narrower than my bike and I ground to a prickly halt. Ross bombed past, laughing at me.

Around the corner I heard the scrape of a back tyre locking up and more giggling.

So I lifted the bike up and dropped in again. When I got to the corner I saw the issue. A sudden left-hand corner on a narrow trail with a basket of gorse to catch you. I could see Ross’ tyre scrape. I got round it and plunged into the gully path below. This turned quickly into a series of rock-rolls and loose corners. It wasn’t particularly long, or particularly steep but it was a tremendous blast for the forty-five seconds it took to get down. There were grins all round. It was all the more sweet for never having left the city. This was right under people’s noses.

We scoped around, played and tried a few things that didn’t work. Then we found another likely-looking line from the top of the hill. It was steep enough that I had a quick stroll down before committing. It was steep, loose and really quite twisty. I wasn’t entirely sure it would go. Only one way to find out though so I dropped in. It was a little loose on the way down and on at least one occasion I could feel my back wheel lift off the ground, then I had to tripod around a hairpin with my foot on the ground to make sure I didn’t disappear into yet more gorse. By the time I got to the bottom, I still wasn’t sure it would go. That didn’t stop the grins. 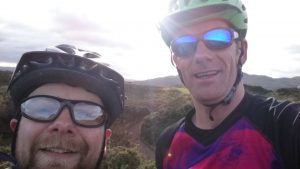 A look at the watch revealed there was time for one last run before turning for home. So we opted for another run of the loose rocky descent. This time it was nailed flat-out from the top, choosing better lines, hitting corners faster and skittering across the loose rocks. The fist-pump at the bottom was only semi-ironic. In Hampshire, this bit of trail would something you’d build a ride around. In the proper hills outside Edinburgh it would be unremarkable. Right here and right now, it was trail gold.

Necessity is the mother of invention

It was also time to ride home to feed tired legs and, probably, tired children. All the way home we chatted away. We’d had just under four hours, and we’d managed to find genuinely good riding within the city bypass. There was also the feeling that a more concerted perusal of the map would probably reveal more.

Lunch was despatched while chewing over the ride and pondering how to do it better next time. Edinburgh may be blessed with considerable gradient but we spent all of about twenty minutes planning the ride and still found something worthwhile.

It goes to show that, with a little thought and imagination, worthwhile riding can probably be found in most places. You’ll be surprised by how good some of it is, but you will have to look in some odd places.

So the message of this story is: get out and ride. All time in the saddle is better than none.

More to come on the rest of the trip