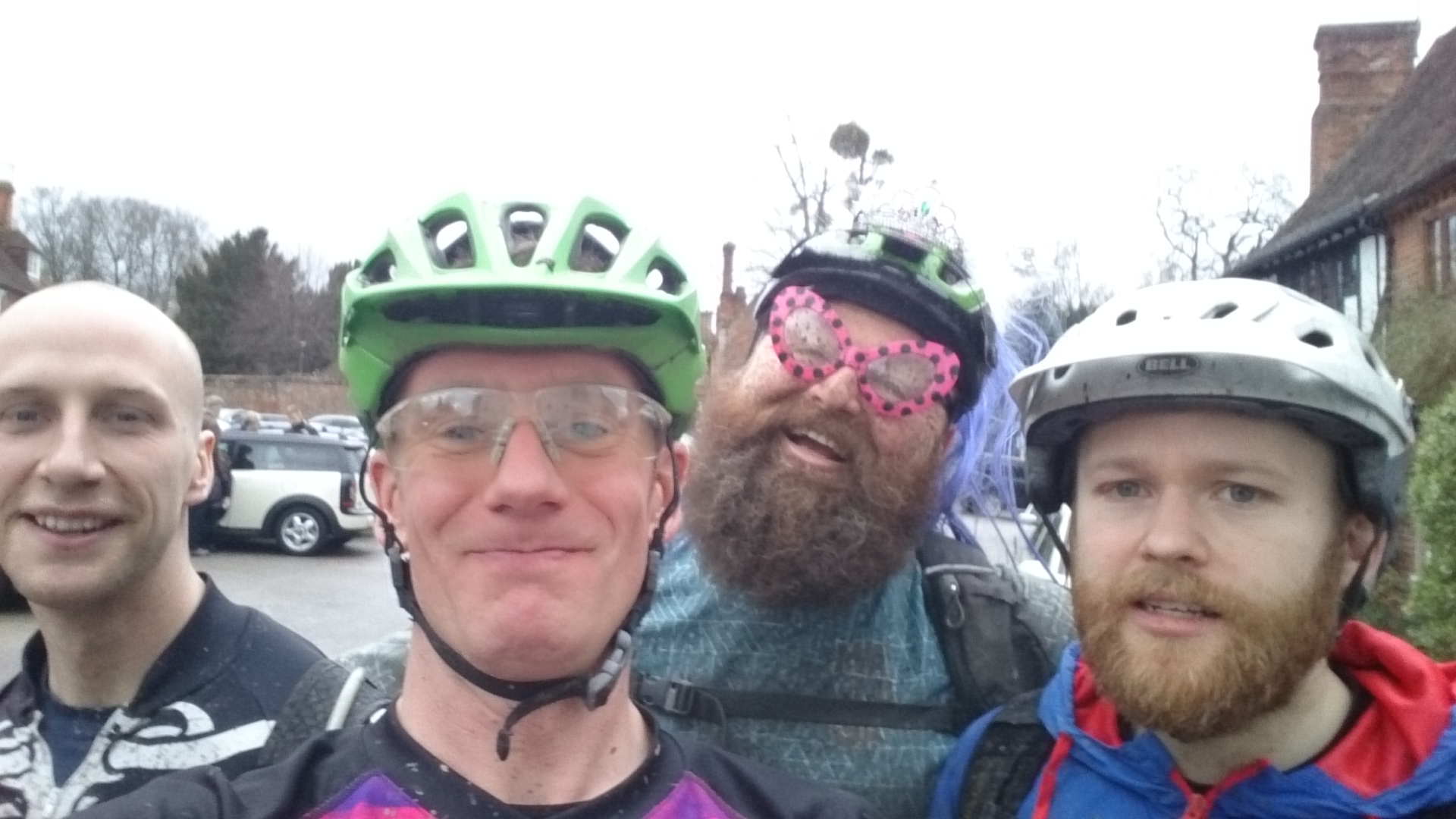 It’s an old truism of mountain biking that the best way to improve (apart from actual coaching) is to ride with someone faster than you.

Try to stay with them, watch their line, their body position, where they brake, where they don’t, all those kinds of things.

Over the years, this informal has been a lot of fun. I remember playing ducks and rakes down some of our favourite local descents. Nothing makes you go faster than your mates right behind you. Very little is scarier than only being able to see your mate’s rucksack in front of you. Tip: don’t get too close. It works though.

Those rides seem a long time ago. These days my riding buddies are of more of a cross country persuasion. We’re pretty quick, with a bunch of Strava Kings of the Mountains between us. Great for setting a target going up hill but, when the trail points down, the story is often the same: “Andy, why don’t you go in front? You’ll only get held up.” It means I can see the trail ahead but doesn’t really improve my skills particularly.

I’m always looking for ways to improve my riding. I read magazine articles and try to put it into practice. I watch videos of the trail gods throwing shapes and try to do the same thing when I’m out. None of this is a substitute for seeing the real thing in action.

Which is why I was excited to be heading off to see my old friend Phil for a day’s riding around his local haunts in Kent. Phil and his mates are much more gravity oriented than my riding chums. At least one of them has successfully completed the Megavalanche which is a bit extreme for me. So I was looking forward to learning something new.

Here’s the Strava profile of the ride for your entertainment.

The ride was sold as “more cross country than sessioning descents” but I’d been out with Phil before and wasn’t fooled. Actually, I was. It really was more of an XC ride, but that didn’t matter. There were a few chances to watch these fellas in action. They were all quicker than me when gravity beckoned. They were definitely more skilled than me. But there I was, as close to their back wheel as I could manage (which was often not that close if I’m honest). I managed to see how they went about things, how they set themselves up, when they were fast and when they were slow, what line they took. A thousand tiny lessons. All of which will be added to my skills bank and used when I’m out here.

So what did I learn from them? What the line into a steep bend looks like. That my tyres will hold on round those bends. That brakes are sometimes my friend and sometimes my enemy.

Did they learn anything from me? Carry a spare banana. What persistence up loose hills looks like. That Hampshire riders can ride steep chalk slopes well.

Did I learn anything from the ride as a whole? No one uses Strava in Kent or I wouldn’t have got a top ten placing on a road climb riding a mountain bike. That loam is a lovely surface to ride. That a mid ride pub stop can be fraught if you’re covered in mud.

Most of all though, none of this matters if you’re having fun. So just get out and ride.

Thanks to Phil, Tom and Griz for showing me round their local woods. I’ll come back and ride them again when they’re dry.