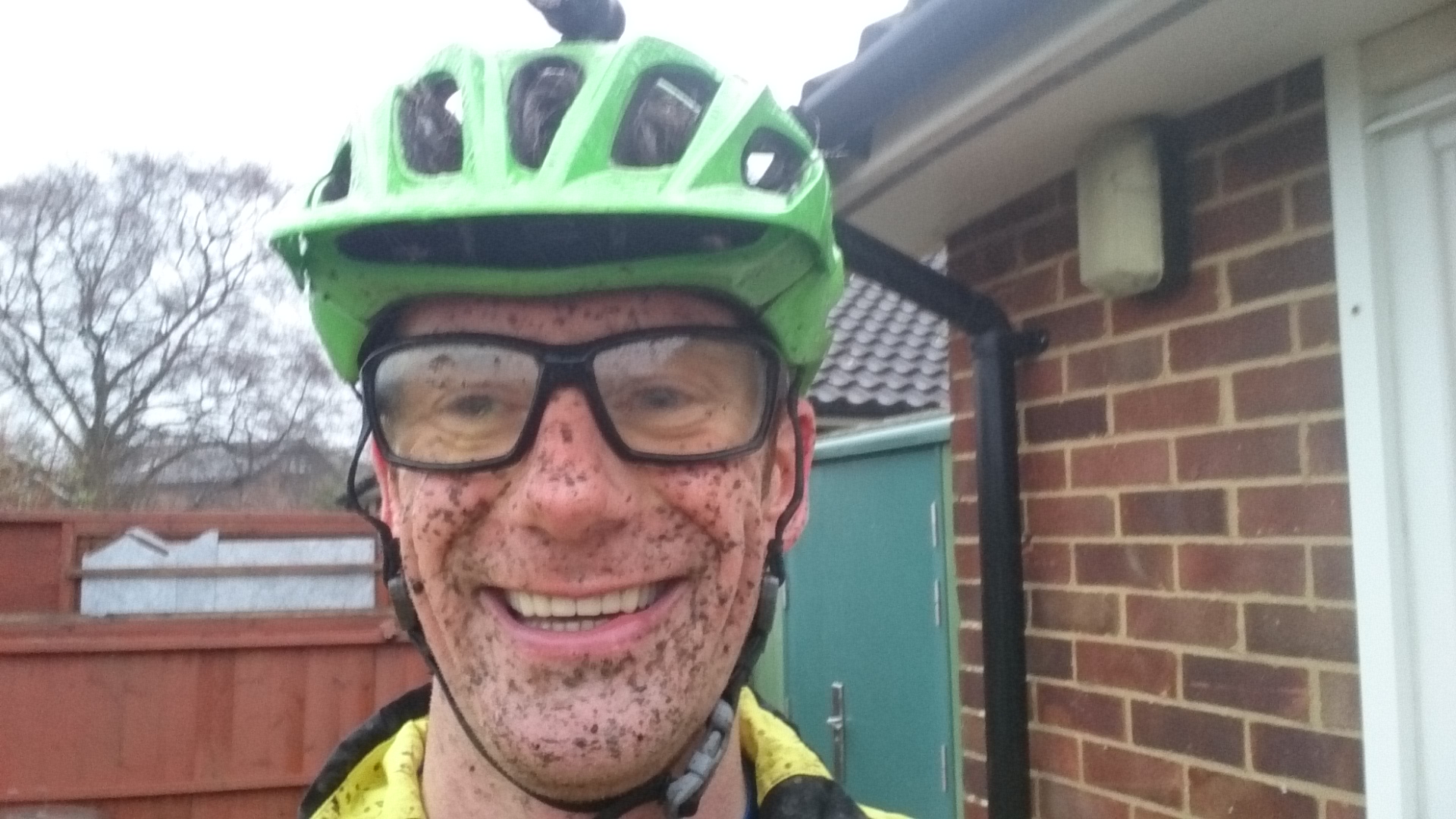 If it’s not on Strava…then it didn’t happen.

If it’s not on Strava

This is a saying that’s been doing the rounds for a few years. In mountain biking circles it’s used in a semi tongue-in-cheek way, much like “dropping in!”.

I am here today to attest to the fact that rides not on Strava can, and in fact do, happen.

Why on earth am I doing this?

I didn’t get out for a ride at the weekend. My ankle’s been playing up and I didn’t want to risk aggravating it.

I didn’t ride during the week either. Work has got in the way of getting out in the evening.

I didn’t ride the week before. See above.

Or the week before that. See a pattern emerging?

So, I cleared the diary for this morning. I was damn-well going to get out.

When we woke up this morning we found two things: 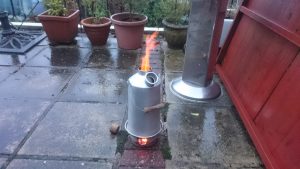 On the one hand, a ride that’s up to my ankles in mud has limited appeal. On the other, we had no power or heating (I even made the morning cup of tea outside with the storm kettle) so I wasn’t going to get much work done.

Thus I may as well get out and ride.

Except my phone is on its last legs and seems unable to pick up GPS, thus no Strava. Somehow, not Strava-ing a ride feels like cheating. It’s like forgetting to lock the door on the way out. It’s plain wrong.

Unfortunately, if I was going to ride, then there was to be no Strava.

“What if I go really fast and don’t get a time?” said part of me.

“Shut up and enjoy riding the bike.” Said another. I listened to that part.

I was expecting the trails to be filthy. Turns out I was completely wrong. They were beyond filthy and into minging. There was one point where I stopped every few hundred yards to wipe my glasses because I couldn’t see enough through the spray to reliably avoid obstacles like trees. It was foul.

And I had a blast. 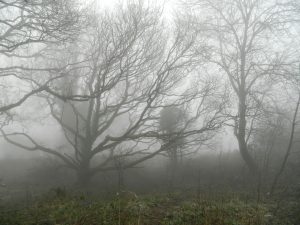 Woods in the fog and rain
courtesy of Galaxyrideruk’s blog

I was sliding around all over the show, and so covered in filth that I began to slide off my saddle. It was an absolute hoot.

I also discovered that someone had been out and chainsawed through a few fallen trees along the way that had been irksome to get off and climb over. Thanks big fella!

Clearly the riding gods were on my side this morning. The rain was teeming down, the trails were sodden and there was spray everywhere (particularly on me). It was great.

It was also time to turn home. The clock was ticking and I was getting tired.

On my return I was asked if I would like a cup of tea and whether I would like to get undressed outside, after hosing myself down. This is what happens when one’s wife also rides. 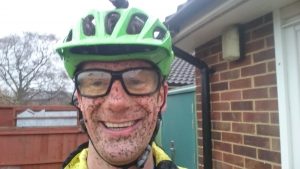 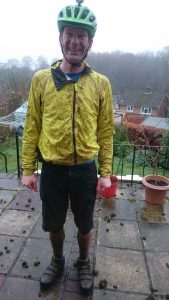 I duly hosed down the bike, my kit and myself (in that order) before being allowed in through the back door.

The downside of riding in conditions like this, fun as they are, is that clearing up afterward takes an eternity.

Currently there is washing on, a waterproof hanging up in the shower, shoes full of newspaper (from where I hosed my legs down) and mud in odd corners of the kitchen. I don’t even want to touch my bag until it dries off a little.

Was it worth it? Oh god, yes. I feel much better now.

It is also definitely time to winterise my bike too.

If it ain’t on Strava

The photos say it happened

The coat hanging in the shower says it happened

The soggy shoes say it happened

The newspaper on the kitchen floor says it happened

My sense of wellbeing says it happened.