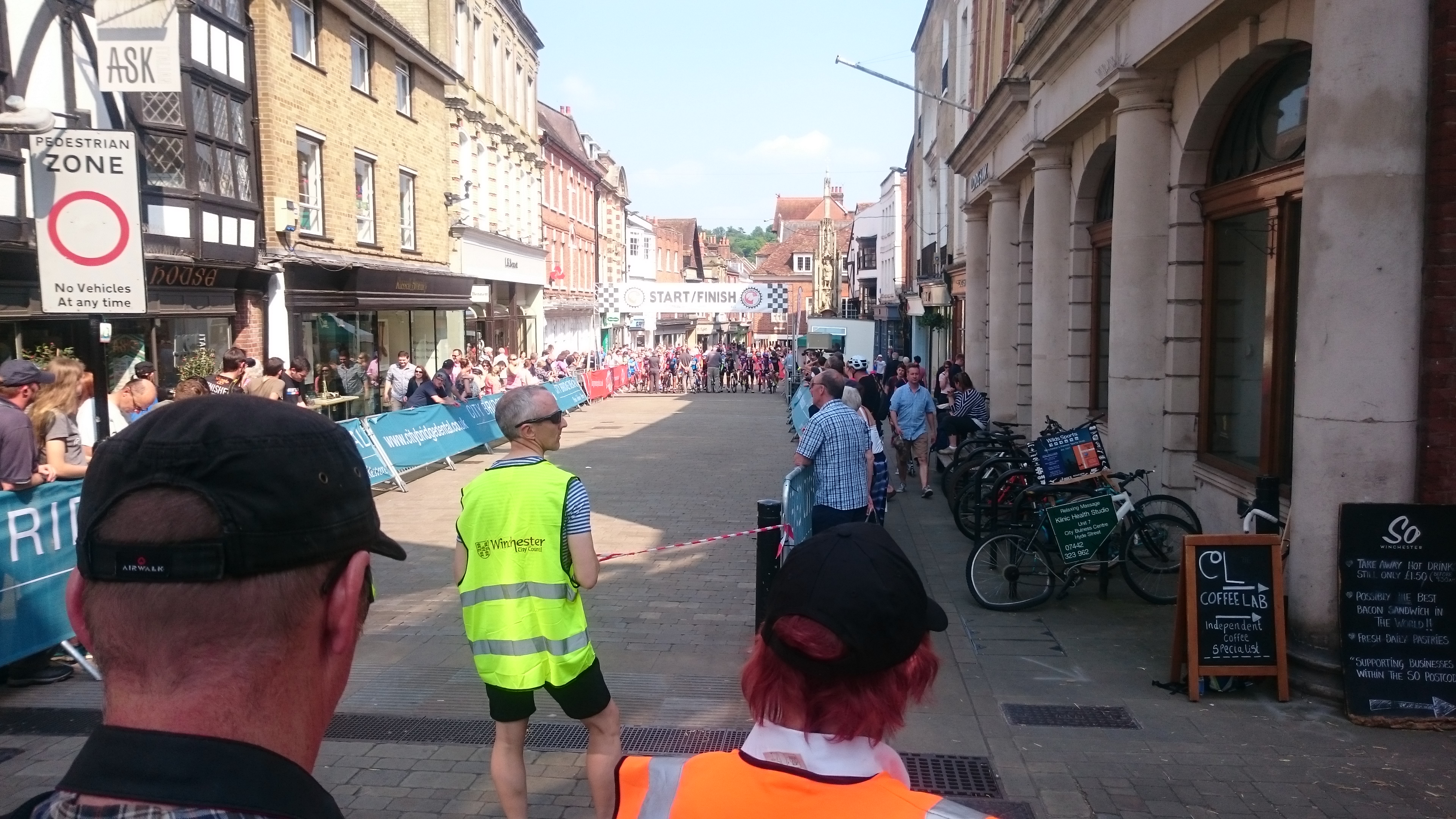 Yesterday I went to the Winchester Cycle Fest and Criterium.

Yesterday I saw one of the most epic and impressive sporting performances it has been my good luck to see live in a very long time.

For those who aren’t entirely sure what Criterium (crit) racing is, it’s a bicycle race round a short, twisty, urban circuit. The aim is to go as fast as possible for a set amount of time without crashing, riding into someone else, puncturing, running out of gas or just being passed by people who are faster than you. First person over the line at the end wins. Simple really. The only time I tried it, I felt like someone had poured hot, broken glass into my lungs. It was horrible and brutal.

Yesterday I saw someone make it look, not easy, but certainly made it look like everyone else was doing something much more difficult.

Pfeiffer Georgi turned up to race the under 16 girls region championships. She completely wiped the floor with everyone else. She spent 25 minutes going absolutely flat out. She went faster virtually every lap than everyone else taking part. It was hugely impressive to watch, but not the thing that was memorable.

About an hour later she lined up for the Elite adult championships against the best circuit riders in the south. All of these adults were fresh and Pfeiffer had ridden a race, it was a long way from a level playing field. She proceeded to show them exactly the same clean pair of heels she had shown the 16 year olds. This time she did it for 45 minutes. To say they were out of sight doesn’t really do it justice. Even when she had the race won, she kept pushing and getting further in front. It was jaw dropping.

At the end she was interviewed and simply said: “I wanted to make sure I was clear of the group in case there were any crashes.”

Remember this name: Pfeiffer Georgi she is a star in the making.